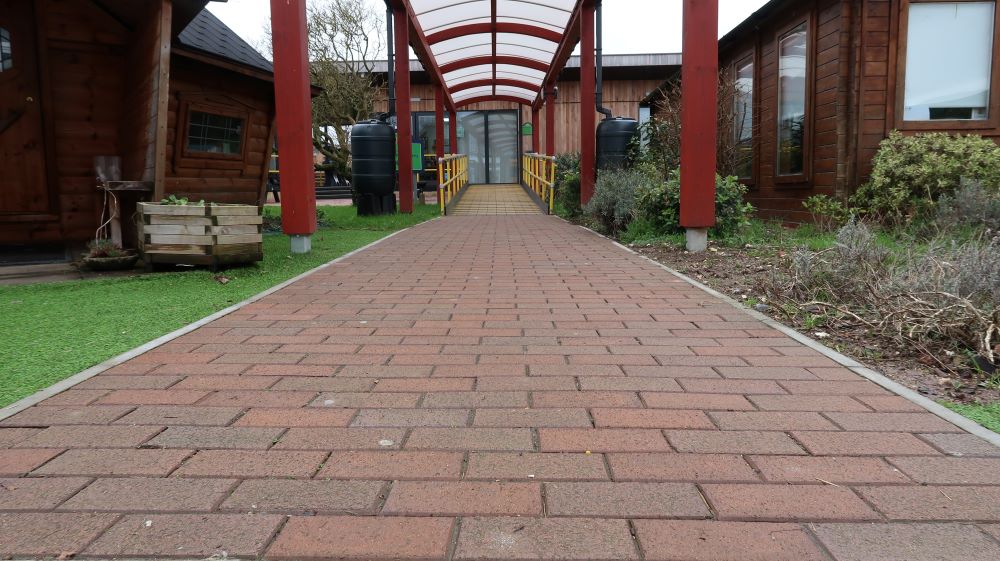 Works are close to completion on the big improvements to Allhallows and Church Square.

Allhallows is a key part of Bedford town centre, and is a busy link between the town, the bus station and the train station. The whole stretch of Allhallows from St Loyes Street down to Midland Road, and Church Square is set to be improved in a major project.

Principal Contractor Ryebridge Construction was awarded the contract by competitive tender and as part of the contract, there was the commitment to Social Value and the Community.

Social Value is correctly a requirement on most local authority tenders and it is not new to Ryebridge who commit on all projects to recruiting locally and utilising local supply chains wherever possible.

On this project Ryebridge strategically recruited staff from local areas, including a Site Manager from Bedford and a Civil Engineering Apprentice, who is now studying a Level 3 Apprenticeship at Bedford College.

Alongside this Ryebridge saw the opportunity to recycle the used blocks from the redevelopment, so rather than have them crushed and become waste they have been given a new home. The blocks from the site have been donated to a special needs school, the Weatherfield Academy. These blocks have been used to create a valuable paved area enhancing opportunities for students at the School.

Head Teacher Joe Selmes said: “I would like to thank everyone associated with the donation of block paving to Weatherfield Academy Special School. We had planned a project, for a number of years, to pave areas of high use around our school farm. These areas get very muddy during the winter months and at times children have carried the mud into the school building.

“This generous donation has made the farm area more accessible, especially for those pupils with walking difficulties or those in wheelchairs.”

Daniel Coyle Managing Director of Ryebridge said “We were approached by the Chamber of Commerce and got in touch with the School. Ordinarily these blocks would be recycled but getting a new use out of them is great.

“We removed the blocks, cleaned them off and delivered them on pallets to the School. Seeing them in place at the school and hearing from the Head Teacher about the difference they are making is just reward for the efforts of all involved.”