Robotic assistance in the workplace: a feared or welcomed inevitability? 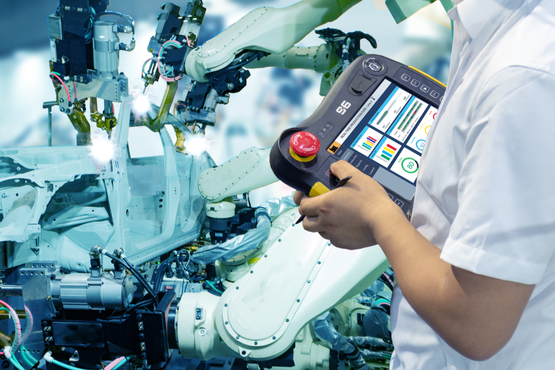 It may well have seemed the stuff of science fiction when we were growing up, but increasingly we are exposed to robotic technology, machine learning or artificial intelligence (AI) in some form or another in our work and personal lives.

Every time we search for something on Google, an algorithm decides which pages we see first according to intelligence gathered on how, where and what we commonly search for and delivers results in the way we usually like to consume them.

And our leading manufacturers and logistics firms have long incorporated automation and robots into their production and packaging lines.

And when we visit a supplier’s website a chatbot will appear asking if there’s anything they can help with. More often than not, they get it right!

Heralded for their cognitive technologies, machine learning capabilities and sophisticated algorithms, robots are proliferating in business in many guises. They proffer features that could dramatically impact the way we work and do business - and whether we loathe them or love them, we have no choice but to accept them.

Here, we will analyse both sides of the argument - are robotic assistants in the workplace to be feared or welcomed?

Perhaps the most common fear among employees is that robots will ‘steal their jobs’. And it’s quite a justified concern. Yes, robots can be trained (automated) to carry out mundane, repetitive everyday tasks, such as data processing and data input, picking and packing, production line activities; they can be programmed to essentially mirror the tasks that a human employee would’ve performed daily, arguably in a more controlled and speedier way. This is more commonly known as Robotic Process Automation (RPA).

In addition, with increasingly sophisticated artificial intelligence programming they are able to understand context, in order to organise and decipher unstructured information. And with the cost of the digital [robot] worker estimated to be almost a third of an offshore worker, many companies can see the benefit today of outsourcing their administrative desk-based roles to a robotic replacements whilst still keeping there on-shore headquarters.

There is an old joke that demonstrates the problem with computer learning quite aptly: A computer programmer’s wife sends her husband to the shop with a simple command.  “Get a loaf of bread. And if they have eggs, get a dozen.” The husband comes back home with 12 loaves of bread.

But today, that’s quite an outdated punchline. Computers now have the ability to understand context and are even being programmed with imagination, so that they can predict and prepare for potential scenarios.

However, by giving more responsibility to robots, fatal errors occur that could otherwise be mitigated with human intervention. We’ve already seen this in the case where a Tesla driverless car caused a fatal accident.

And others fear the lack of regulation surrounding artificial intelligence in general. Without some defined parameters, common protocols or consideration of the direction of AI projects, how can we ensure that machine learning is ethically right, that the intelligence being gained is not open to abuse? Put simply, are robots learning to be “good” employees and colleagues for our future workforce?

We spoke about the possible threat of robots to human roles. And while there’s some justification to that fear, the advantages arguably outweigh the threats.

By taking over mundane and laborious tasks, workers will be left with more time to dedicate to widening their skill sets, or completing more complex and challenging tasks. Being able to focus on the core competencies of the business will ultimately contribute to greater growth, while robots can take care of the necessary repetitive tasks.

Customer service needs, for example, can be taken care of by robotic assistance. And by freeing up those manhours, it doesn’t necessarily mean they will be eliminated, but rather, invested elsewhere, back into the core function of the business: in creativity, in innovation, in product development etc.

And aside from more prosaic work tasks, robots can be deployed to carry out hazardous and dangerous tasks which would otherwise put humans at risk, from bomb disposal to investigating environmental/toxic incidents.

Indeed, research appears to suggest that machines could create more jobs than they take over, with a report from World Economic Forum (WEF), suggesting “133m jobs globally could be created with the help of rapid technological advances in the workplace over the next decade, compared with 75m that could be displaced”.

There will always be a need for human intervention at some juncture since robots can’t do everything humans can. For example, the proliferation of our automated friends could fuel the need for engineers and IT-based roles to program, maintain and manage robotics.

It could also benefit us in the sense that we will have greater empowerment and satisfaction from doing the jobs we are actually trained to do, rather than wasting time on necessary, yet repetitive and mundane tasks.

There’s a clear argument for both sides of the equation. And when it comes to automation and robotics the debate is one for now. We find ourselves in a similar landscape as 30 years ago, when the Internet was in its infancy. It was unfamiliar, unproven, so naturally people were cautious and sceptical. Fast forward a couple of decades and it’s an integral part of how we work, communicate, shop, and live.

We’d love to know your thoughts on robotic assistance and artificial intelligence. Comment below to join the discussion.