No-deal Brexit will impact on both sides of the Channel 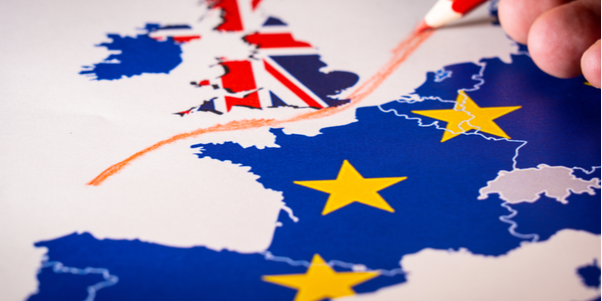 At a meeting today (Thursday) with Brexit Secretary Dominic Raab, the British Chambers of Commerce and six Northern European Chambers of Commerce come together to urge negotiators to avoid a messy, no-deal Brexit – which would see UK firms cut investment and move part of their business to the EU.

In a landmark meeting, the seven Chambers – based in the UK, France, Germany, Ireland, Denmark, and Belgium – come together to discuss progress in the negotiations, including the transition period – and Brexit preparedness.

The Chambers of Commerce urge negotiators to avoid any disruption to tight customs procedures, that risk damaging supply chains and queues at border check points. This is crucial to maintaining frictionless trade that businesses on both sides currently enjoy.

The group of Chambers, connected by wide-reaching networks and transport links, warn that firms are already scaling back on recruitment, investment, and expansion projects – and that negotiators in the UK and EU must ensure a transition period that helps firms prevent a further slump in investment and recruitment.

Time is short, and the BCC will urge negotiators to keep at negotiations rather than accept a no-deal.
Ahead of the meeting, Hannah Essex, Co-Executive Director of Policy at the British Chambers of Commerce (BCC), said:

“We are grateful to the Brexit Secretary for taking the time to listen to the concerns of business communities that represent 70% of UK-EU trade.

“We have come together with our European counterparts to stress that a no-deal Brexit would not only impact upon UK business, but would also undermine European firms, supply chains and customs links between the UK and Europe.

“Businesses in the UK are paying attention to the progress in negotiations, but need clarity rather than political posturing if they are to get answers to the practical questions they have. Our Risk Register shows that there remains a high degree of uncertainty for businesses. A transition period is essential to help those firms who are pausing on investment decisions.

“Time is running out. We and our European colleagues urge the negotiators on both sides to act urgently and decisively to get a comprehensive deal done.”