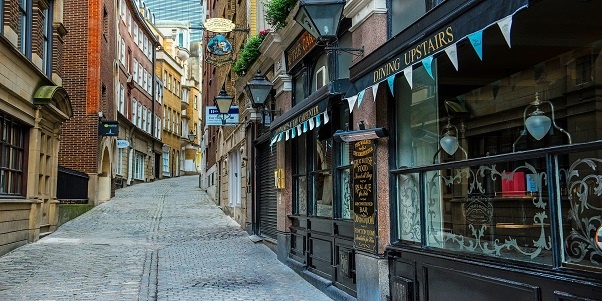 With Brexit on the horizon and with no deal in place, it was clear this Budget announced by the Chancellor was more eagerly anticipated than its predecessors. With that in mind we thought we’d provide a bitesize summary of the key points impacting small business owners.

Personal Allowance Increase
The personal allowance threshold, the rate at which people start paying income tax at 20%, is set to rise from £11,850 to £12,500 in April 2019 - a year earlier than planned, generating a potential tax saving of £130 in the year.

Higher Rate Threshold Increased
The higher rate income tax threshold, the point at which people fall into the 40% tax rate band, is set to rise from the current rate of £46,350 to £50,000 in April 2019. For buy to let landlords who were at risk of being pushed into the higher rate band due to s.24 rules as of 2017, this is welcome news.

Apprenticeship Levy Halved
If you’re an employer taking on an apprentice, you’ll be glad to know the contribution payable to the apprenticeship levy will be reduced from 10% to 5%, another welcome relief for small business owners.

The High Street
The Chancellor says “high streets are under pressure as never before” and to combat this and support local councils the government will provide £675m that councils can utilise to help transform their high streets.

On the subject of high streets, the Chancellor will cut business rates for small retailers with a rateable value of £51,000 or less, by a third. This represents a business rates saving for 90% of retail shops on the high street.

New Digital Tax
There has been speculation in recent months that the Chancellor was set to announce a tax on digital services which had some online retailers and Ebay sellers worried. However, fortunately for small online retailers, the tax announced in the Budget will only apply to businesses that generate £500m in global sales.

Green taxes
The new levy announced in the Budget for manufacturers producing plastic will only apply to those using less than 30% recycled material.

VAT Registration Threshold
Much to the delight of small business owners and accountants, the Chancellor confirmed the VAT registration threshold was to remain at the current rate of £85,000 for a further two years. This comes after rumours it was to be reduced and so bringing more small business owners within the scope of VAT. This is especially relevant to those who feared a reduced threshold would mean they would fall within the Making Tax Digital rules from April 2019.

Entrepreneurs Relief
Another rumour doing the rounds before the Budget was that Entrepreneurs Relief was to be abolished. This would have a serious impact on those business owners who have built up successful businesses and looking to retire from the proceeds of a sale. Fortunately, it has remained in place and offers important tax relief for business owners benefitting from a 10% tax rate on the proceeds of sale of their business rather than the Capital Gains Tax rate.

Annual Investment Allowance
One significant increase in allowances in this Budget was the increase in the Annual Investment Allowance (AIA) from £200,000 per annum to £1m per annum for the next two years as of April 2019. The aim of AIA is to encourage businesses to invest in plant and machinery as well as equipment offering them a 100% tax relief on the cost up to £1m in the year of expenditure.
Although this is welcome news, the continued change in allowance makes it difficult for business owners to plan investment decisions and the accounting and business sector in general would benefit from a more consistent and standardised level of allowance going forward.

Access to Financial Ombudsman Service
One piece of news which largely went unnoticed was the announcement that small businesses would now be given access to the financial ombudsman service (FOS). This applies to small businesses with a turnover less than £6.5m and less than 50 members of staff. Access to the FOS will allow small business to resolve disputes with businesses in the financial services sector.
Employment Allowance NICs
Thankfully this allowance has not been reduced or scrapped and remains in place for employers with National Insurance Contributions less than £100,000 per annum from the tax year 2020/21. If you’re unfamiliar with the allowance, it provides employers with an allowance up to £3,000 every year against their employers National Insurance Contributions bill.

If you’d like to discuss how the Budget impacts you or your business please feel free to get in touch with Ali Haider, Senior Accountant, on 01582 250222 or email info@haiders.co.uk - https://www.haiders.co.uk