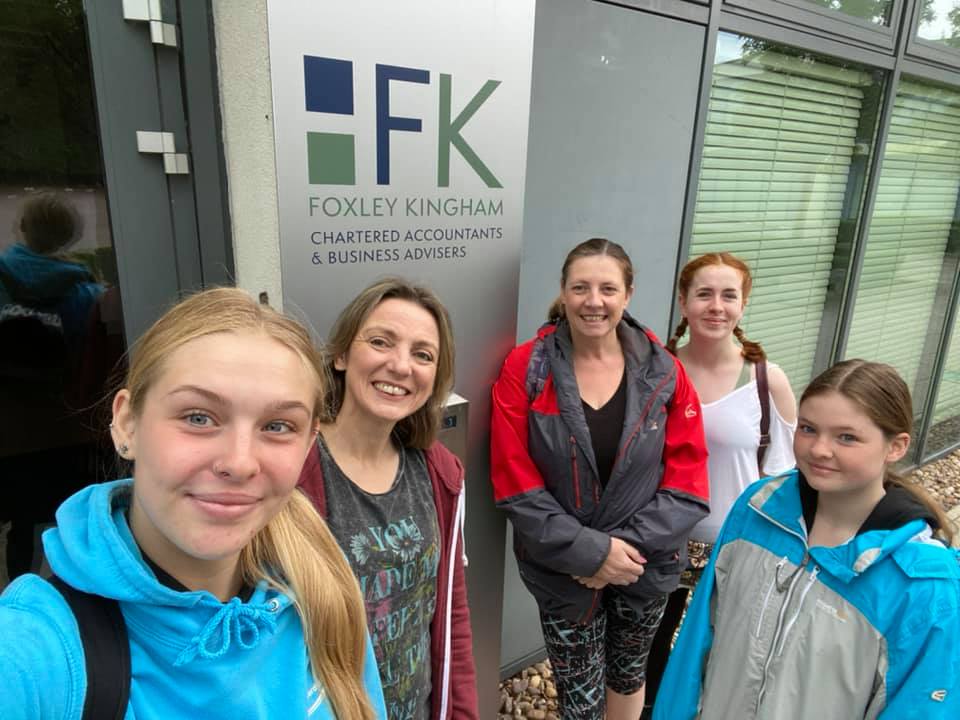 The Foxley Kingham Anniversary Foundation has raised over £8800 for their charity partner Level Trust over the past six months. Level Trust provides vital help and support for children and families in the local area.

The fundraising plans had included a cycling team of staff taking part in the ‘Le Petit Grand Prix Sportive’ in Lincolnshire, however, when that was cancelled, they devised their own route. The hardy team of Helen Spokes, Paul Bithrey, Steve Samson, Rachel Hayler and Duane Litchfield took to the road on Sunday 5 September. Their new route was a challenging one covering 52 miles in the hilly Bedfordshire and Hertfordshire countryside, with over 3000ft of climbing, but the team dug in and they all completed the ride in less than five hours, raising over £4000 for the foundation.

The second fundraiser was a 26-mile walking challenge that took place on 26 September, a staff team of Tara Aldwin, Sarah Robertson, Ellie Robertson, Sophie Robertson, Gabriella Caulfield and Lesley Middleton took on the challenge. They covered a route in and around Luton in an impressive 9 hours and 5 minutes, raising a further £3500. The team stepped a total of 58,800 times and covered an elevation of 978 ft.

In addition to the generous and fit Foxley Kingham staff taking on these challenges, there have also been some smaller fundraising events including dress down days, raffles, quizzes and car boot sales, as well as several generous ad hoc donations, which brings the total up to £8800.

Tara Aldwin, Director at Foxley Kingham and Trustee of the Anniversary Foundation said:

“On behalf of the Trustee Board, I really want to pay tribute to our brilliant team of fundraisers, your hard work is greatly appreciated. Everyone who has taken part, sponsored or donated should be proud to know that they are helping an excellent charity and supporting their commendable work to help families overcome the costs of education so that children can have the chance to love learning. We are now halfway through our 12-month fundraising programme, with some great plans for the six months ahead.”

“We are deeply appreciative of the efforts from the wonderful team at the Foxley Kingham Anniversary Foundation. Given the uncertainty faced by many children and their families in the town over the past 18 months, the fundraising efforts will help support our work. We look forward to continuing to work with them."

The next event planned for the foundation is a Charity Golf Day taking place on 12 November, at the Cainhoe Wood Golf course. The price per four balls is £150 (or £37.50 per person), smaller groups will be combined on the day. Anyone wishing to come along can call the FKAF committee on 01582 540800 or email anniversaryfoundation@fkca.co.uk.