Business threats in the age of Brexit 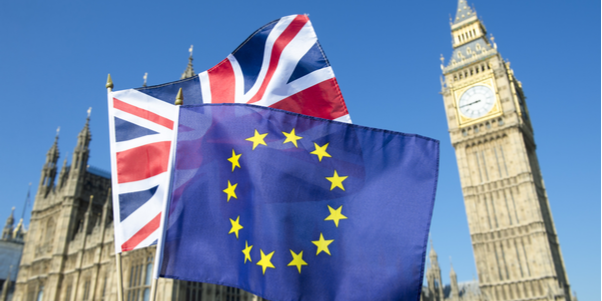 We’re yet to determine the exact impact of Brexit on the UK. Never has a country left the EU under such circumstances before, which isn't great news for the forward planners amongst us, and of course, business owners.As we venture towards unknown territory, the threats towards employment, the economy and exportation are coming into fruition.We are seeing skilled workers, foreign investors and UK businesses overwhelmed by feelings of uncertainty which is consequently impacting their relationship with the UK economy, and ultimately, their behaviour.

In this post, we're going to take a look at how those threats and behaviours could play out, what that means for small to medium businesses, and to what extent we might feel the force of this unprecedented disruption.

The number of EU born workers in the UK increased by 7,000 from Q1 2017 to Q1 2018. Yet in 2016 (pre-referendum) the same time period saw an increase of 148,000. This indicates the impact Brexit has had on migrant workers and EU citizens, who are naturally becoming reticent about making the move to the UK for employment.

Once the UK leaves the EU, the European Economic Area (EEA) regulation will come to an end. Previously allowing EU nationals the autonomy to move freely within the EEA, a domestic immigration policy will take its place. This will undoubtedly tighten immigration rules and we will see the end of free movement. Skilled EU workers will either stay put or seek employment in other more abundant economies.

Skill shortages are expected to cause a strain on labour, particularly in industries such as health, social care, transport hospitality, IT and construction.  As a consequence, businesses may be required to invest heavily in training and their existing staff. It is likely that many businesses will put a hold on growth and expansion plans while they wait for the dust to settle, and reassess the landscape.

Inevitably, a decrease in skilled workers entering the UK will see establishments like the NHS suffer.

If the UK leaves the EU without negotiating a new trade agreement, we could be at a loss of at least £4.5 billion a year. In 2015 alone, the UK exported nearly £133 billions worth of goods to the rest of the EU. Export had been booming up until the referendum, but the Brexit storm could cause this to become a more costly and laborious process.

Export businesses in the UK could be forced to increase costs which not only compromises competitive edge and negatively affects profit. Exporting from the UK to the EU will now require a commercial invoice outlining the goods you are exporting and their commercial value. This will require additional duty payments and community codes for all of the goods you wish to export.

Does Brexit mean that more and more CFOs and CEOs are reluctant to expand into new markets or release new products and services following the Brexit storm? It is indeed a possibility. Mindsets will become more risk-averse, but reducing expenditure could put the breaks on innovation within the UK as businesses postpone growth plans.

Companies such as Vodafone have already declared that they may have to move their headquarters out of the UK, and Siemens have put their wind turbine investment plans on hold as it needs to replan the strategy.

Brexit proponents on the other hands argue that Brexit could accelerate economic growth and that gross domestic product (GDP) would grow by 0.7%.

Either way, the general growth of the economy plus business confidence could take a hit.

FDI (Foreign Direct Investment) into the UK has fallen by almost 20% since the referendum, and we are seeing the biggest decline in overseas investment since records begin.

UK businesses will need to start demonstrating mobility across borders and regulatory friendly frameworks to continue attracting investors. There is however, evidence of deals still happening despite palpable uncertainty.

Arguably, it is the sense of doubt that is essentially deferring investors, and the UK and its businesses need to reinforce a positive environment to keep those deals coming. Uncertainty, paired with higher trade costs and tariffs could reduce the confidence of foreign investors, which will of course present problems for business funding too, as more lenders grow nervous about the surrounding volatility.

Businesses need to begin adopting an adaptable, flexible and optimistic attitude when it comes to Brexit. Despite the interminable negotiations, there's no escaping its imminency. Sustainable businesses and sustainable economies will bounce back after times of crisis. And we should begin to carve out plans of action and alternative measures that can mitigate potential risks to businesses.