Brexit and beyond: what should small businesses expect? 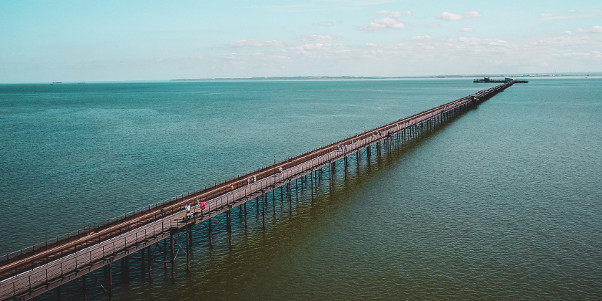 Back in March this year, we wrote a blog post advising small businesses on how to prepare for the UK leaving the EU. At the time, we were approaching the original Brexit date of March 29 2019.

Fast forward five months, and the UK is still yet to leave the EU. The new deadline, as promised by new UK Prime Minister Boris Johnson, is set for October 31 2019.

So has anything changed in these last few months? And based on what we know at this point, what can small businesses expect come Brexit and beyond?

Brexit: what can we expect?

Boris Johnson says he plans to renegotiate the Brexit deal agreed with the EU by Theresa May. But is it too late to change anything now? According to the EU, the time for negotiations has passed. And if a new deal can’t be agreed by the hard deadline of October 31, a No-deal Brexit is likely to be the default outcome.

While it’s still too early to say exactly what will happen, a new poll has indicated that almost half of British people expect the UK to leave the EU without a withdrawal agreement in place on October 31.

There are still many other possible outcomes. We could still see a general election, a vote of no confidence, or another referendum. It’s widely expected that Brexit will happen, but it’s still very much a waiting game to see exactly how things will play out in October.

What does this mean for small businesses?

If, as expected, the UK leaves the EU on October 31, Brexit will undoubtedly be a disruptive force for any small businesses. Especially if you:

But will the disruption be for good or bad? And where can you expect to feel the impact the most?

In the case of a No-deal Brexit, for lower skilled workers, free movement of EU nationals to the UK will end. There will be no preferential access to the UK for EEA citizens and they will need immigration permission, the same way non-EEA citizens do.

In the long-term, however, small businesses may get some respite from the Government’s proposed post-Brexit immigration system, which includes the introduction of 12-month work visas for low-skilled workers, as well as the end of the current cap on the number of highly skilled workers you can employ.

A No-deal Brexit could result in restricted lending to small businesses. However, the UK Government has committed to establishing a UK Shared Prosperity Fund (UKSPF), which should make it easier for SMEs to access finance.

Earlier this month, Michael Gove also announced that HM Revenue & Customs (HMRC) have been instructed to find ways to assist small businesses through the transition. The HMRC have been ordered not to pressure SMEs when it comes to paying tax if it comes to a No-deal Brexit.

Reports suggest that other ideas are also being discussed, such as VAT and National Insurance contribution holidays for SMEs and banks relaxing their lending criteria for small businesses.

This is where Brexit has the greatest scope to bring positive disruption for small businesses. UK goods and services are still sought after across the world, and with exporting happening at a faster rate, imports should benefit UK SMEs.

A recent survey found that the majority of UK SMEs say Brexit has had “no effect” on their company’s international strategy. In fact, 47% of SMEs are looking to start or increase international sales in the next year. It seems SMEs are more worried about President Trump’s trade policies because Western Europe has now overtaken the US as businesses’ favourite export market.

However, the benefits are unlikely to be immediate. Teething problems are to be expected while the UK negotiates its trade relationships.

Though the likelihood is that for the short-term it will be 'business as usual', there are things you can be doing to prepare your small business for Brexit and beyond. The advice we gave back in March on how to prepare for Brexit still applies, so if you haven’t already read it you might find it useful to do so. You can read the blog post here.