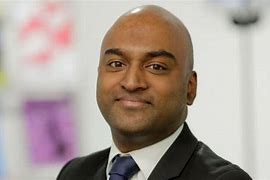 “The latest data confirms a modest return to growth in February. However, coming after a contraction in January, it does little to alter the prospect of a downbeat first quarter for the UK economy.

“The pick-up in output in February reflected a broad-based improvement in activity with all the main sectors recording an increase in growth. The clarity provided by February’s announcement of a roadmap for reopening also helped support output in the month.

“The release of pent-up demand following the easing of restrictions and the strong vaccine rollout will boost activity. However, hope of a sustained consumer-led revival may prove too optimistic as the economic scarring caused by Covid may trigger a renewed reluctance to spend as government support winds down.”

On the ONS UK-EU trade figures for February 2021, Thiru added:

“Although there was a rebound in UK goods exports with the EU, this may reflect an unwinding of a number of temporary factors that weighed on the January outturn, including the running down of pre-Brexit stockpiling, rather than evidence of an underlying improvement in UK-EU trade flows.

“Businesses continue to encounter significant disruption and difficulty with many firms reporting serious structural issues which, if not addressed, will weigh on UK economic prospects for some time to come.

“The UK and the EU must get back around the table to thrash out the remaining structural problems in the UK-EU trade deal and focus on long-term improvements to the flow of trade between them.”