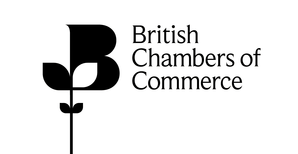 Results from the latest BCC Coronavirus Business Tracker reveal that businesses are still facing significant cashflow challenges with the schemes announced in the Summer Statement failing to provide support at the scale needed to protect jobs after the furlough scheme winds down:
• More than half of firms report cashflow decrease since June 2020, more than a third of respondents with improved cashflow cite furlough scheme cash
• 43% of firms intend to use Furlough Bonus, but other Summer Statement support schemes have low take up
• BCC continues to call for bold interventions to protect businesses and jobs

The leading business organisation’s tracker survey, which serves as a barometer of the pandemic’s impact on businesses and the effectiveness of government support measures, received 517 responses and is the largest independent survey of its kind in the UK.

Business conditions
Firms reporting an increase in UK sales remained static at 34%, 42% reported a slight or significant decrease. Just over half (55%) reported a slight or significant decrease in their cashflow compared to last month.
A minority, 21% of firms, said that their cashflow position had improved. Of these, 64% said new customer demand was the driver of this. 35% cited the government furlough scheme, and another 24% and 25% respectively said loan and grant schemes had helped improve their cashflow position, demonstrating that many firms are still relying on government support schemes.

Summer Statement support
This week’s Tracker contains the first comprehensive survey of business sentiment on the Chancellor’s Summer Statement announcements of 8 July.
43% of firms intend to access the Job Retention Bonus, which will award £1,000 to firms who retain furloughed staff until January. A further 40% will not use the scheme. Figures from the BCC’s latest Quarterly Recruitment Outlook found that almost a third of firms (29%) expect to decrease the size of their workforce in the next three months.

Reducing the cost of employment
BCC continues to call on government to reduce the overall cost burden on firms to protect business and preserve as many jobs as possible in the coming months. The leading business organisation has called for an 18-month expansion of the Employment Allowance from £4,000 to £20,000 and an increase to the threshold for National Insurance contributions from £8,788 to £12,500. The latter could save businesses around £500 per job.

“Expected usage of schemes announced in the Summer Statement is relatively low, indicating they do not provide the right kind of support for many businesses at this critical time and a rethink is needed.

“With confidence and demand not returning at the scale firms need, the government must take radical steps to slash the tax burden around employment to help companies pay valued staff. A major boost to the Employment Allowance, and an increase in the threshold for employers’ National Insurance contributions are needed now if he wants to help viable companies save jobs as the furlough scheme comes to an end.”