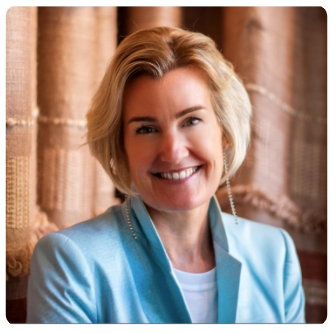 • More than 3 in 5 (62%) cite soaring energy bills as driving factor, rising to 75% for manufacturers

• British Chambers of Commerce call on the Chancellor to adopt their five-point plan to address these challenges. These include a temporary energy price cap for small businesses and the extension of the financial support announced for households last week to include small firms

The British Chambers of Commerce has warned the Treasury of an impending ‘cost of doing business crisis’. A new survey of more than 1,000 businesses, showed that firms across the country are under intense pressure from a variety of costs. It found that prices were likely to rise as a result, further fuelling the cost-of-living crisis for households.

In response to the new research, BCC Director General, Shevaun Haviland, has written to Chancellor Rishi Sunak warning of the dangers facing firms. The British Chambers of Commerce has outlined a five-point plan, which if implemented, will help businesses to weather the current conditions and keep price rises under control. These measures included a temporary energy price cap for small businesses, extending the Chancellor’s energy bills rebate scheme for households to smaller businesses and delaying the planned National Insurance rise by 1 year.

When firms were asked if their business was facing pressure to raise prices from a variety of sources the results were as follows:

When firms were asked what they were doing in response to rising costs the responses were as follows:

In a letter to the Chancellor, dated 3rd of February, Director General Shevaun Haviland laid out the issues facing firms in relation to energy and raw materials costs, and the impact that the incoming NI increase would have in compounding these factors. She put forward a five-point policy to respond, which is detailed below:

1. Publish the findings of the government’s Supply Chain Advisory Group and Industry Taskforce and work with businesses to deliver practical solutions to ease the supply and labour shortages that continue to drive the upward pressure on prices.

2. A moratorium, for the life of this parliament, on all policy measures that increase business costs, including no new business taxes or added regulatory burdens, but excluding only evidence-based changes to the National Living Wage.

3. A temporary energy price cap for smaller businesses to protect them from some of the price increases they would otherwise face, offering the same protection as households.

4. Additional financial support, through the expansion of the energy bills rebate scheme for households to also include small firms and energy intensive businesses and a new support fund, administered by Ofgem to support to the smallest firms with their soaring energy bills.

5. Delay the impending National Insurance rise by one year to give firms much needed financial headroom to weather this unprecedented surge in costs and allow them to power the recovery

“Without help from the Treasury to weather this storm many businesses, especially smaller ones, will be faced with a nearly impossible situation that will leave them with little choice but to raise prices.

“Our research has shown that businesses were drowning in rising costs even before the energy crisis began to bite. This latest data reveals that companies are now also under extreme pressure from spiralling gas and electricity bills as well as increased wages.


"The majority are having to raise prices in response, though many are also being forced to scale back planned investment or cut other costs from their balance sheet.

“The Chancellor must implement our five-point plan to give firms a chance to stabilise without having to seriously increase their prices, cut jobs or the investment that is so vital to sustaining our economic recovery from Covid.

“Unabated, the surging cost pressures produced by the cost-of-doing-business crisis will continue to lead to increased prices and fuel the cost-of-living crisis currently being faced by people across the country.”