10 questions to ask before you hire 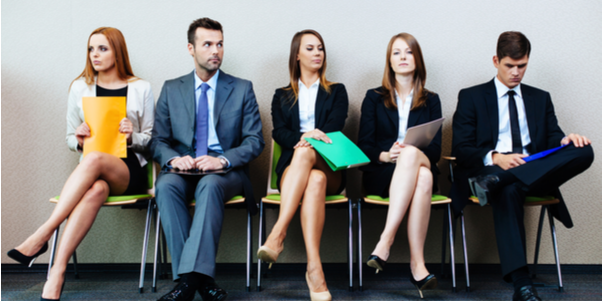 It’s understandable that the majority of the population associates job interviews with crippling nerves and feelings of fear and dread.

Job interviews can sometimes feel like an interrogation, and that’s exactly the type of atmosphere that causes candidates to stumble and fail at presenting their true personality.

It’s down to interviewers to put their candidates at ease by asking the right questions and sharing some of the control with the interviewee.

But the hiring process can be equally stressful for the employer. If business is suffering with addressing a skills gap, it can be a challenge to find a person who can bring the right skills, do the job well, and make the cut as a great culture fit. Which questions can you ask to uncover someone with the right potential? And how do you know if someone will perform well based on one or two conversations?

Whilst it’s useful to ensure there’s the right degree of difficulty and see how candidates react under some level of pressure, interviews shouldn’t mimic an ‘Apprentice-style’ ordeal, trying to trip them up. Rather, it should be an honest, two-sided and genuine conversation, positioned to help uncover the true capabilities and personality of the interviewee as well as an opportunity for them to understand who you are as a company. Knowing the right questions to ask will put the candidate at ease and enable their true potential to shine through.

These 10 questions are fairly general should help you form a framework for your next interview.

1. What prompted you to apply for this job?

Understanding the candidate's motivations behind this job application will give you an idea of their attitude toward the role. For example, if their motivations veer more toward circumstantial factors and the answer evidences little interest in the role or the company itself, that lack of genuine interest will likely impact their work ethic later on.

2. Why are you leaving your current role?

You’ll also want to have a brief understanding of why they are leaving their current role. Is this decision fuelled by the need for progression and development, the drive to fulfil new goals and meet new people, or is it simply the result of a relationship gone sour with their existing boss?

In this case, the application for this role could be plagued with a degree of reluctance that could prove to be quite toxic in the future.

3. What does your day-to-day look like in your current role?

What people do day-to-day will tell you more about their current role responsibilities over what any CV says. It’s a given that people elaborate on CVs, but when put on the spot and told to relay their day-to-day responsibilities there’s less room to hide. This should reveal the core of their role and accountabilities

4. What three skills/attributes will you bring to this company?

This question will provide insight into the candidate’s talents, passions and personality, as well a the image they have of themselves.

5. Tell me about your greatest achievement(s)

What achievement(s) do they hold dear? The first thing they tell you when you asked this question is likely to be a memorable conquest, and you can judge whether this is fitting for the role, culture and company.

6. How would your current/former colleagues describe you?

This one is a gateway into the candidate's perception of themselves as a team member and will help you identify if they are the right culture fit. The adjectives they used to describe how their colleagues perceive them is likely to demonstrate their actual work persona, so listen closely.

7. How would your current boss describe your contributions to the company?

Will they be missed from their previous organisation? The answer to this question can be very telling. Providing the candidate is telling the truth, their contributions to their previous company will tell you a lot about the value they provided to the business and the employer. Positioning the question so the answer is given by their current boss’s point of view should tell you how they are viewed by their seniors rather than how they view themselves.

8. How do you approach your professional development?

A passion for learning and developing is demonstrative of an ambitious and driven individual. Their answer will reveal if they are open opportunities for growth within your company. A lack of interest in development opportunities could signify a desire to stagnate and coast, which - depending on the nature of the role - could be highly detrimental in the future.

9. Can you tell us about a time you didn’t perform as you wanted, and how you dealt with this?

This question will reveal not only a candidate’s acknowledgement of their failure but how they responded. Failure is inevitable, particularly for those wishing to learn and challenge themselves. However, it is the candidate’s perception of a failure that will unveil the most about their character. How they speak about the event will help you determine whether they view it as a learning opportunity - something which indicates a resilient personality. Will this candidate bounce back in the face of failure, learn and improve as a result?

10. Are there any questions you wish to ask us?

Opening the floor to the candidate and allowing them to ask questions will enable them to address any uncertainties and concerns that could impact their decision. A job interview should be a two-way street - failure to anticipate the queries of the interviewee might cause you to appear more interested in your own gain  - something which can signal a red flag for many candidates.

Before we close, let’s end with some final questions to ask yourself before you make the final decision.

Join us at out DIY Recruitment Workshop at Hart House, home of the Bedfordshire Chamber of Commerce on 2nd November 2018. Member discount available.