The Chancellor has delivered his first Spring Statement, which did away with the typical announcements around tax changes and public sector cuts or increased spending.

For such announcements we will have to wait for the Autumn Budget later in the year. Certainly the move to one Budget a year is more in keeping with not only our European counterparts but also more typical of UK Governments in years gone by. 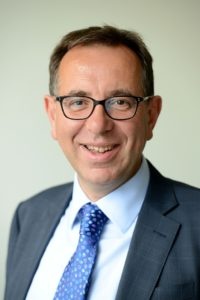 Overall the Spring Statement is exactly that, a statement on the economic and fiscal performance of the country at the current moment in time. The delivery of the Statement also complies with the Chancellor’s obligation, set by the Office of Budget Responsibility, to report on performance. Overall it might be classed as a mid-year review and chance to reflect on the situation, but without the need to take measure, corrective actions or adjust the direction of travel or course of action.

Therefore, whilst many might have expected news or announcements around proposed tax or public spending changes, these were not going to come about. Instead we were presented with a clear indication as to our relative economic performance and insight into what we might expect for the economy in 2018.

We heard a Chancellor, conservatively optimistic about our economic performance and growth, stating that there is light at the end of the tunnel. He no doubt was pleased to report that actual growth at the end of 2017 was higher than forecast at 1.75, as opposed 1.5% and similarly the growth projection for 2018 had been revised upward to 1.5%. Improved economic performance was attributed to increased productivity, higher tax revenues as well as the competiveness of UK businesses both at home and also overseas, with strong manufacturing, service and digital/technology sectors. The impact is that national debt has come down even further to its lowest level since 2010, at £49.9bn, with a continued reduction in the annual deficit.

To ensure the sustainability of the country’s economic performance and social well being, the Chancellor re-iterated the governments support for infrastructure projects, enhanced digital connectivity and housing, along with support for skills including funding for T Levels and the recruitment of apprentices by businesses.

Perhaps lacking in the Spring Statement was addressing the needs and challenges faced by the public sector, especially health and education – a point highlighted by John McDonnell the Shadow Chancellor. Philip Hammond did however outline plans for a review of public spending; with an intention to introduce new spending plans from 2020 onwards, based on affordability and priorities.

Whilst the 2008 financial crisis necessitated the need to re-balance the economy, with the public sector being out of kilter with the private sector, continued growth and economic prosperity must give rise to the need to now focus on the financial pressures facing our public sector.
With the timing of the 2018 Budget perhaps corresponding with lower inflation, continued growth and more certainty over Brexit, perhaps the tunnel has got shorter and the light is brighter and we can expect more welcome announcements.