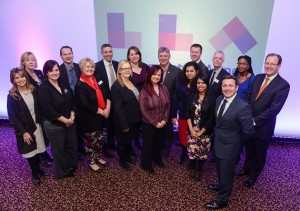 The speed networking event allowed 44 local companies to meet managers at 16 firms that are already central to operations at the Airport, including private jet operator Harrods Aviation, Monarch Airlines, Thameslink Rail operator, Govia, and National Air Traffic Control (NATS). The event aims to provide a platform for local suppliers to connect with purchasing representatives across the Airport site, beginning new and encouraging dialogs, and facilitated networking between the suppliers themselves.

The event comes as LLA is enjoying record passenger growth, with 8.1% more people flying from the Airport in 2014 compared to the previous year. It is also embarking on an ambitious £100 million development plan. The new investment will create an additional 5,000 jobs on site, alongside the 8,600 who are already employed either by the Airport directly or indirectly by one of the companies that operate on site in the Airport’s extensive supply chain. The redevelopment is also expected to contribute a further £283 million to the local economy in the coming years.

Nick Barton, CEO of LLA, said: “Now is a really exciting time for LLA as our passenger numbers have grown to record levels and we begin to deliver our £100 million investment programme. However, as the region’s biggest employer, we want to make sure the local community benefits from our success. “The ‘Meet the Buyer’ event allows local businesses to network and talk business through our extensive on-site supply chains. This helps create jobs for local people and has a real impact on the local and regional economy. We’d like to thank all the local agencies that helped make the event such a success and am delighted that together we have also raised over £2500 for our charity partner Sue Ryder."

Pat Smith, Partnership Manager of UKTI said: “London Luton Airport should be congratulated on an absolutely brilliant event with impressive contacts made. Meet the Buyer will generate income for Luton businesses, both nationally and internationally.”