Lobbying: What can be achieved when you have a voice? 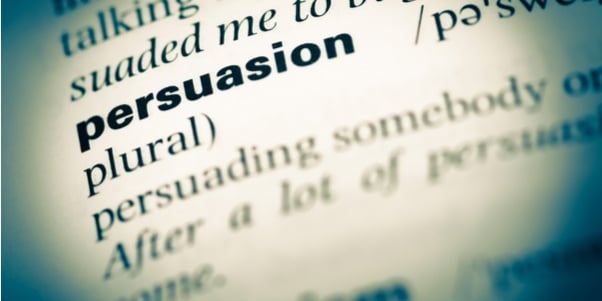 By definition, lobbying is “The act of attempting to influence business and government leaders to create legislation or conduct an activity that will help a particular organisation.”

Professional lobbyists are excellent communicators and paid persuaders whose job it is to influence the decisions of the government. Lobbying campaigns are constructed strategically using an array of tactics and often go unnoticed by the public eye, which might explain why the act itself has earnt a somewhat controversial status.

But lobbying is actually a very useful business tactic, particularly for businesses facing threat - whether in the form of corporate tax hike, government privatisations or new policy regulations that could influence against a product or service. It’s also used as a way of engineering mass conversation in favour of views that concur with your business’ propositions.

At the Chamber of Commerce, our team members sit on a number of boards and groups that have influential status over political matters. We work to express the views of our members representing them locally, regionally and nationally, on issues that could affect their business.

Recent examples include the “Not Spots” campaign, an issue which is directly affecting many of our members by hindering their productivity and their ability to do business properly. Justin Richardson, CEO of Bedfordshire Chamber of Commerce, is backing the campaign, and gathering evidence in an attempt to give a voice to those affected. The end result is hoped to be one that highlights the issue and influences those in power to take action.

Lobbying is the opportunity to use a voice with authority to advocate to your advantage. For example, whether laws and policies need to be revised, or regulations or policies that might influence public perception of your product/service.

Lobbying and representation is one of the central values that we provide as part of a Chamber of Commerce membership. In this post, we talk about what potential that can have for the stability and future of your business.

Indirect lobbying, on the other hand, is the act of working to get your messages into the media, helping you gain public support that will influence decision-makers. Indirect lobbying is similar to when the public consensus starts influencing decision-making in government.

Professional lobbyists, therefore, position their campaigns to address these topics and influence both the public and the authorities to sway towards the best interest of their clients. We’ve seen well-known lobbying campaigns that focus on worldwide issues such as climate change make both headlines and an impact. This is something that is always happening somewhere under the surface, and every so often makes its way into the mainstream media.

Why is lobbying good for business?

So what benefits can be experienced as a result of lobbying?

As a small to medium enterprise specifically, you may not have the internal facilities or expertise to lobby for yourself. Some regulations are absolutely central to the running of your business, and with the fast pace at which the social, financial and economic landscape is shifting, the environment in which we operate is a volatile one. To run a successful lobbying campaign requires a significant amount of manpower and expertise, which many small businesses do not have the luxury of.

Businesses, charities, trade unions and even individuals can benefit from lobbying. The act of lobbying itself is dependent on the industry, the scope, and the country. For example, lobbying for an enterprise which employs over 1,000 people would be a very different venture to the lobbying carried out on behalf of an SME employing around 10 people.

Having that higher representation will provide exponential benefits for your business, no matter your size, particularly when there is a need to engage public involvement.

An effective lobbying strategy will engineer a conversation or a following on a subject matter of vital influence to your brand or product. PR companies are often referred to as lobbyists because they have the ability to influence public perception. When the mass consensus holds a view that concurs with that of your businesses, this can be extremely valuable. Mass conversations are often engineered by lobbyists.

Lobbying can also be used as a tool to challenge legislation that holds you back, passing on your views of a  government policy and forthcoming legislation with the privilege of having someone with authority speak on your behalf. They can also contribute to national campaigns about red tape and regulation.

Right now, collective UK Chambers of Commerce are representing the best interests of British businesses, across a wide range of topics. For example, ensuring the fundamentals of the UK business environment are right, enhancing the UK’s mobile and digital capabilities and putting the practical concerns of business at the heart of the Brexit negotiations.

The Chamber of Commerce aims to speak to its members on a regular basis so that we are aware of issues that are impacting the growth and success of your business. These views are central to the Chamber’s choices and actions when it comes to how we approach our conversations. If you would like to speak to us more about how we can give you a voice, get in touch.