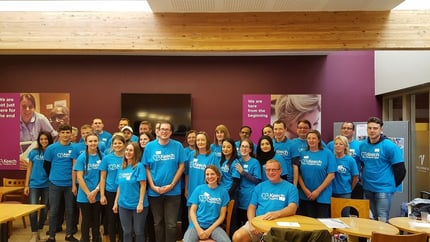 Foxley Kingham, Luton-based chartered accountants and business advisers, has announced its selected charity partners, who will benefit from a year of fund raising to celebrate the company’s 50th anniversary.

Earlier this year, directors and staff at the company established the Foxley Kingham Anniversary Foundation and set themselves the challenging target of raising £50,000 during this landmark year. The money will be shared amongst local charities nominated by staff and clients.

Tara Aldwin, chair of the Foxley Kingham Anniversary Trust, said:
“It was an incredibly hard decision with so many good causes nominated. As a team we decided to support charities working in the local area, particularly smaller charities where it was felt the funds would go further.”

Foxley Kingham is arranging a year of fundraising activities including a charity football tournament in partnership with Luton Town FC Community Trust on 23rd May, a Gala Dinner on 14th September at Offley Place, gin tastings, race nights and sporting events.

Details of the latest events can be found on www.fkca.co.uk. A further opportunity to nominate charities will be available later this year.