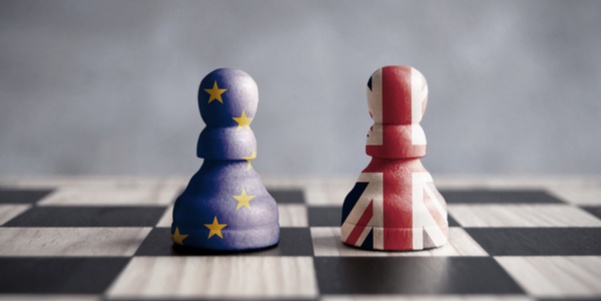 Commenting on the publication of the first tranche of UK Government technical notices aimed at giving businesses and consumers advice on the implications of a 'no deal' exit from the European Union, Dr Adam Marshall, Director General of the British Chambers of Commerce (BCC), said:

“Public preparations for all eventualities – and clear, crisp communication with affected businesses – are long past due.

"The technical notices being published by the UK government are a good start, but businesses still need more detailed information to trade as smoothly as possible across borders if there is no UK-EU deal on March 30th next year.

“Ministers say they will take unilateral steps to keep trade moving freely but must demonstrate what they will concretely do to limit the impact of delays, inspections and red tape.

"It is unfortunate that businesses face several weeks wait for further information and clarification. Every additional delay means less time for businesses to prepare ahead of the UK's fast-approaching exit from the EU."

Commenting on VAT, which businesses feared could cause a cash-flow 'time bomb' after the UK's exit from the EU, Adam Marshall said:

“At last, businesses have a clear answer to one of their biggest worries, import VAT.

"The government has responded to our campaign to avoid a VAT 'time bomb' for traders by introducing postponed accounting for imports, and has gone further than we expected by saying that these arrangements will cover imports from EU and non-EU markets alike.

"Had ministers not acted, firms faced the prospect of having to pay VAT immediately on each cross-border transaction, creating significant cash flow issues. While we await further detail on how the new postponed accounting rules will work, this commitment defuses the cash flow 'time bomb' that many businesses feared."

On cross-border trade and customs, where changes are set to impact businesses from day one in the event of a 'no deal' outcome, Marshall added:

“The stark reality is that in a 'no deal' scenario, it appears that the government's intention is to impose full-blown customs controls on trade between the EU and the UK immediately. According to the technical notice, businesses will have to be ready for customs declarations, tariffs, safety inspections, new licenses and more from day one, which will be cold comfort for many trading firms. Companies trading across European borders need to start preparing for this possibility now, and so too do communities close to border crossing points.

"Given well-publicised concerns surrounding the capacity and readiness of UK customs systems, we question whether this outcome is realistic. Even though there is some welcome practical advice in the government's technical notes on trading with the EU in these circumstances, we need to know much more. What happens to 'trusted trader' schemes? What about trade that flows under the provisions of existing EU free trade agreements? We anticipate putting many more questions to ministers about cross-border trade in order to get the clarity that businesses need."

On banking and financial services, where changes could have a significant impact on non-financial firms trading across borders, Marshall said:

"There are some alarm bells for business here, far beyond the headline-grabbing questions about the City and passporting. The government is saying that firms could face higher costs and slower processing for their Euro transactions in a no deal scenario, and that surcharges for card payments could make a comeback. Both of these real-world business issues need to be avoided if at all possible."

“The reiteration of the government's broad commitment to guarantee resources for EU-funded projects approved prior to the UK's departure from the EU is welcome. EU-funded projects help deliver infrastructure, regeneration and employment in communities across the UK -- and the government is doing the right thing by saying that it will stand behind these projects until their expected completion in 2020. We will await further detail spelling out exactly how this guarantee will work in practice.”

The technical notices acknowledge that arrangements for the Irish border are still to be confirmed. Commenting based on the interests of trading businesses across Northern Ireland, Ann McGregor, Chief Executive of Northern Ireland Chamber of Commerce and Industry, said:

“It is telling that nearly all of these technical notices feature the same placeholder text on Northern Ireland and the Irish border.

"Businesses across Northern Ireland need the two sides to be far clearer about what will happen to trade on the ground at the Irish border, and between the Irish Republic and Great Britain, in the unwelcome event that a deal cannot be struck.”